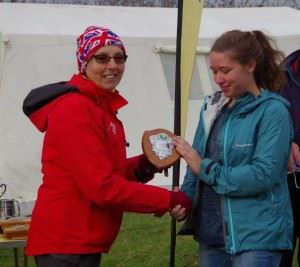 Orienteering is an amazing sport that caters for so many different abilities and ages. Most events that Norfolk Orienteering puts on have a range of courses, which are ‘colour coded’ on difficulty. White courses are the easiest and shortest, with all the checkpoints on paths, and as you progress there are other courses which get harder and longer. Juniors of any age can take part, and move their way up the different levels that correspond to their age category.

With these age categories, anybody can compete and succeed at any level! Each age class has a recommended course which you can run on, and if you run in any league or championship events, running the suggested course will line you up for some prizes! The courses also vary in difficulty, with white’s being the easiest (known as Technical Difficulty 1, or TD1) and then Yellow’s at TD2, Orange’s TD3, Light Green’s TD4 and Green+ TD5. TD1/2 stay on paths, while TD3 and 4 get further and further away from ‘line features’.

Doing a different course doesn’t matter – it’s all about doing what you want. I started orienteering when I was thirteen, and spent a six months running yellow’s before feeling confident enough to try an orange!

There are so many events to go to, although you will need an adult to get you to the events; why not persuade them to have a go as well. Starting out locally is ideal, and with Norfolk Orienteering club putting an event on once a month throughout the autumn, winter and spring, there is plenty to do. Other club’s also put on events, and if you want to try some bigger event, the East Anglian championships and league events are a perfect step up.

As a junior, there is also a regional junior squad for those running well, which allows you to attend monthly training sessions. Outside of the region there is a whole galaxy of other races. There are British Championships, in many different disciplines held every year, and many other weekend events which attract thousands of competitors. Unlike a lot of sports, anybody can enter top-level events, and run alongside the elite runners!

I started when I was thirteen, and really loved it. Even though I couldn’t run all the way around the courses, I did my best and got better at the navigation. After a year I had ‘caught up’ on my age category course, and started doing well at East Anglian league/championship events.

Since I enjoyed it so much, I started travelling to the bigger events. The forests were very different from Norfolk’s, and it took me a while to get used to the physical terrain. Bigger events also have allocated start times, which means you have to arrive on time instead of just turning up when you want, which was a big shock for me! But by continuing to go and try my best, I was selected for a national training week in Scotland after competing for four years, have represented East Anglia at national competitions, and gone on training camps to the Lake District with the squad. You can take orienteering as far as you want – either staying local or competing for Great Britain at international junior competitions.

I love the challenge of running and having to perform a seriously difficult mental task as you go. If you enjoy cross-country, I’m sure orienteering will appeal because you have the physical challenge of running over difficult terrain, and the tough navigation. Sometimes even when I spend half an hour longer than I should have looking for checkpoints I’m happy to have gotten round in challenging conditions. I don’t think I’ve ever had a perfectly a clean run, with no mistakes, and so I keep coming back and trying again!

There are so many different types of orienteering too, that I never get bored. In Norfolk you mostly run in pine forests, but in the Lake District it’s more likely you’ll be in a very hilly coniferous forest, in Wales a bleak moorside with no features other than the hills, and in Scotland an intricate piece of sand dunes. No bit of terrain is the same. There are also different types of event – Long distance, the most common, Middle distance, which are shorter with more controls, and sprint/urban that happen in built up areas like town centres and university campuses. There are also relays, and night events.

There are some great events out there. A junior only event called the Peter Palmer relays is run by a team of six people, the first two starting in the dark and having to use head torches. It’s a great event for all levels, and really fun since everybody gets up before the crack of dawn to cheer on their team! The JK is probably the biggest event in the UK, attracting international competitors. It’s run over four days, the first being a sprint event around an urban area, then two ‘classic’ days and a relay. It’s such a buzzy event, and has amazing terrain! There are weeklong events held annually, which while incredibly tiring are so much fun! Club competitions take place all the time, and anybody, no matter what age or ability, can take part in them.

The British Orienteering website has a list of all the major events coming up, so be sure to have a look, and our website has useful information on how to join the club, and a great newcomers page which explains all the ins and outs of the sport. If you have any questions feel free to email me, and if you want to be in a junior team competing for Norfolk, there are always opportunities for people of any level to run for the club!

Remember to always have fun, and that however fast or slow you do, it’s all about enjoying yourself!