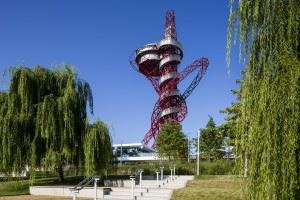 The British Orienteering Sprint Championships 2016 are being held on Saturday 11th June at Queen Elizabeth Olympic Park, Stratford, East London. The race will be part of the UK Orienteering League.

On the following day, the British Orienteering Middle Distance Championships will be held on Leith Hill, near Dorking, Surrey. Leith Hill is within the Surrey Hills Area of Outstanding Natural Beauty. The race is also part of the UK Orienteering League, giving an opportunity for a weekend of quality orienteering in the South East.

Entries for the British Sprints and British Middle Distance Championships are by pre-entry only and can be made on  Fabian4. Entries close at midnight on Sunday 22nd May 2016, but the first closing date is Sunday 17th April after which the price will increase by £4.50 for the two days.

No non-Championship courses will be offered, but both events are open to all members of the British Orienteering Federation.

Jan
26
Wed
6:45 pm Club Night (Run) @ Lingwood
Club Night (Run) @ Lingwood
Jan 26 @ 6:45 pm
Meet at Lingwood Village Hall, Station Rd, Lingwood, Norwich NR13 4AZ. For further information, contact Ben Bethell. Any late changes will be posted on facebook (and hopefully a link here). The run will be approximately 5km. Drinks in bar afterwards. … END_OF_DOCUMENT_TOKEN_TO_BE_REPLACED
Feb
2
Wed
6:45 pm Club Night (Turf) @ UEA
Club Night (Turf) @ UEA
Feb 2 @ 6:45 pm
This is open to everyone. In Turf terms it is a closed / private event, so you need to pre-register; either send an e-mail to Ben or post on facebook. On the day, just turn up in the area, at … END_OF_DOCUMENT_TOKEN_TO_BE_REPLACED
View Calendar
Add