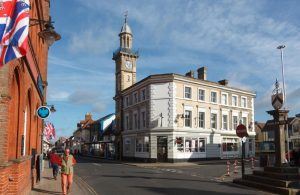 So, Harleston is over and we had another good turnout, despite lockdown and being a bit further out of Norwich than other events.

The women’s competition, as ever, is really close. This time it was the turn of Katharine Bartram to have a “stonking” run and retake the overall lead in the league. However, Emma Cross and Pat Bedder have run fewer events, so over the next few weeks may well catch up.

Yet another winner in the men’s competition. After some surprisingly low scores in the first few rounds, Rini Hoogkamer smashed it getting all 30 controls, but incurred 20 penalty points by being just outside the 60 minute time limit. Glen Richardson maintains his overall lead, but Ian Renfrew, who missed Wymondham, has the best chance in the chasing pack.

My dark horses for the overall winners are Pat Bedder and Rini Hoogkamer.

The next round is underway in Taverham & Drayton. The event after this, starting on 29th November will be at Swaffham and is being planned by me (Jonathan Gilbert).

May
29
Sun
10:15 am Urban (UKUL and SEOUL) @ King's Lynn
Urban (UKUL and SEOUL) @ King's Lynn
May 29 @ 10:15 am
New area, based around the Event Centre at the “Alive Lynnsport” leisure complex in North Lynn.   The area comprises a variety of different types of housing estate, dependent on when they were built. Hopefully, you will be suitably challenged … END_OF_DOCUMENT_TOKEN_TO_BE_REPLACED
View Calendar
Add