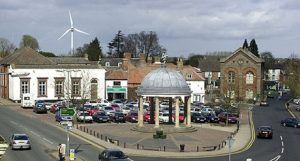 The next round has started at Lingwood. Remember it finishes next Sunday (20th December). So, who is going to win the overall? Well I’ve done some modelling, and assuming that people are able to equal their second best score, then Carla will win the women’s and Ian will win the men’s. However, in the men’s competition, it is incredibly close, and any one of 4 runners could still win – Ian, Rini, Glen & and me, languishing in 11th place having only completed 4 runs so far. However, I think it will be difficult to get a high score for this event, as to get all 33 controls you will need to run ~15km. It is unlikley that anyone will get all 33 in the time limit and each control you do get will be worth fewer “league points”.

May
29
Sun
10:15 am Urban (UKUL and SEOUL) @ King's Lynn
Urban (UKUL and SEOUL) @ King's Lynn
May 29 @ 10:15 am
New area, based around the Event Centre at the “Alive Lynnsport” leisure complex in North Lynn.   The area comprises a variety of different types of housing estate, dependent on when they were built. Hopefully, you will be suitably challenged … END_OF_DOCUMENT_TOKEN_TO_BE_REPLACED
View Calendar
Add