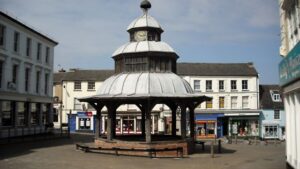 The results for round 7 of the Spring Maprun League can be found here.

This was the final round of the series. Katharine held onto her lead to win the women’s competition. Jonathan managed to pip Ian to win the men’s event.

Not much to say this round. Katharine and Ian continue to lead the way. Can anyone catch them in the final round at North Walsham? The women’s competition seems to be done and dusted, but by my calculation, Glen and Jonathan could still overtake Ian.

Maybe, now that restrictions are gradually easing, people are getting busier, as some of the regulars didn’t run this round. The notable result from the women’s competition was from Chris Gay (SUFFOC) who got what I think is the highest handicapped score we have ever had (men or women). Great result, Chris. It’s still extremely close between Katharine Bartram, Carla Sutherland & Emma Cross. With Glen Richardson and Rini Hoogkamer not running this time, Ian Renfrew has re-taken the lead in the men’s competition.

The women’s competition has really closed up, with Katharine Bartram now only ahead of Emma Cross by 58 points. It was Ian Renfrew’s turn to make a mistake this round, so Glen Richardson has re-taken the lead, but by a very slim 8 points.

Katharine Bartram seems to be taking a grip of the women’s competition with another win. Some interesting results in the men’s event, with Glen Richardson running on the final Saturday in flats (when it rained heavily) and compounding the lack of grip with a navigation error. This allowed Ian Renfrew to take the win.

Another close contest in the women’s event, with Katharine Bartram coming out on top this time from Carla Sutherland and Emma Cross. In the men’s event it was a return to form for the winner of the Autumn League, Rini Hoogkame. Glen Richardson & Ian Renfrew were 2nd & 3rd again, but in the reverse order this time.

The first round of the Spring Fun League is finally completed, having been held over from the beginning of January. It’s more of a Summer League now! Lily Alger won the women’s event gaining 500 points in an amazingly quick 39:28. Jonathan Gilbert won the men’s event.